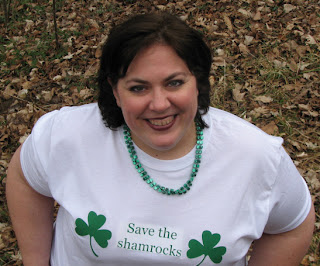 Let’s get something out of the way right now: five years of surviving ER+ breast cancer don’t mean jack.

But five years doesn’t mean I’m cured. It doesn’t really mean much at all when you are ER+. My risk went down following chemo, following surgery, following tamoxifen, following about a two-or-maybe-three year wait. Then, my recurrence risk stabilized and will stay at the same rate forever.

(I was going to cite some statistics for you, but revisiting some sites right now to get that information, I thought I was going to puke. A few years ago, I was numb to that feeling. I could still look up stats and share them. Not right now. A few years ago, I was still cancer drunk. Still blogging very regularly. Still immersed in the info. Today, I have a few years of of cancer sobriety under my belt and I can feel again. I would like to keep it that way. For now. Someday, I will probably be able to regain a healthy relationship with medical statistics, but not today.)

Now, while I know the risk remains the same for me forever, I don’t think that really puts me in a different category from all other types of breast cancer survivorship. While it does from a medical standpoint (in my very own category, as we all are unique patients), I think it would be true to say if you are surviving a breast cancer diagnosis – probably any cancer diagnosis – for the rest of your life, every twinge and pain and icky feeling gets a heightened level of concern.

Pain in my back? I get sent for a bone scan.

Lumps in my armpit? Let’s run, not walk, to the nearest sonogram machine.

On an average day, I probably think of cancer about five times, down from an all-time high of a 100 percent focus on breast cancer from March 17, 2006, until about October 2006. Not a single day goes by that I don’t think of it. It’s really hard to forget. I have this giant mirror in my bathroom that shows my reflection as I get into the shower. I have a scar that runs from my left armpit, across my breast, to the center of my chest, skips about two inches, picks up again, goes across the other breast and runs into my right armpit. And I can feel nothing in the area formerly known as breasts. It’s surprising how annoying a persistent lack of feeling can be in any part of your body, especially since it’s not a body part I need to walk or type or move my head or anything else important like that. It’s certainly not essential that I feel the area formerly known as breasts, but it’s annoying that I can’t.

So, I am unlikely to stop having daily thoughts about breast cancer until the day I stop thinking. It’s a part of me as much as the color of my eyes.

In this ramp up to my absolutely, positively meaningless five year breast cancer diagnosis anniversary, I have been thinking about cancer a lot.

I have been thinking about how stupid it is to think about it.

I have been thinking about the rollercoaster of it all and re-experiencing the rollercoaster of it all. It has been all I could do to keep myself from a full-scale meltdown, which I ultimately might not succeed in resisting. (As of this moment, I’m still a few hours away from D-Day: Diagnosis Day. Who knows? By the time you read this, I might be drowning my sorrows in some green Peeps or dancing around accusing people of being after my Lucky Charms. That’s what I imagine a full scale St. Patrick’s Day meltdown looks like for me.)

I have been thinking about how insane the last five years of my life have been, how most of it is a story that will never get told and how some of it is a story I had better start writing before I forget. I have been incessantly dissecting how much of it was ever really related to breast cancer and how much was not.

I’ve been thinking how glad I am I got to know any of those women. How glad I am for all of the women I know now and how they get in me in ways I can’t explain. I wish you all could have that experience without having cancer.

I have been constantly taking stock of the last five years and wondering why some of it went the way it did. Parts of it were fleeting and I am sorry they were. I want to reclaim some of that time. For the life of me, I can not figure out why I stopped roller skating. That needs remedied.

In all of the reliving, I’ve been feeling emotions I haven’t felt in years and wondering how I can make them go away faster. It’s not that I don’t want to deal with them, but I feel like I have. I’m just re-experiencing, so those emotions feel strange – they are out of time, out of context. They need to be gone. Their time is done.

I have been thinking this and so much more. It’s exhausting, all of this thinking. It makes me cry. Then, I try not to cry and trying not to cry takes a lot of energy. I try to think about happy things and those make me cry. I try to think about nothing and then I just want to sleep. I have never been very good at meditating. It just seems like a convenient time to take a nap. Exhausting.

I believe – goodness, I hope – this is going to melt away in a few days. If there is one bit of wisdom I have gathered in the last few years it’s that everything passes. Every damn thing. I know this is going to be earth-shattering information to some of you – some of you won’t even be in a place to hear it – but this is a truth that took me about 36 years and stupid cancer and rotten divorce to realize: worry is a choice. Anxiety, fear, most any negative feelings – they are choices. I know, right? It’s stupid and it’s true. These are not legacies we have to carry with us. We get to choose whether we have those feelings or not. Most of the time, I just choose not to have them any more. But there are times – like this – when I can’t make that magic decision work. So, the best thing I’ve figured out to take a deep breath and wait. It will pass.

So far this absolutely passive plan of mine has been working.

Here is a brief list of some of the things that have happened to me since March 17, 2006, in no particular order except how I thought of them:

This came on my radio today. It has been ages since I heard it and I don’t think I ever realized what it was about until today.

So, from me to you, just a little video with a hot man in a black leather cowboy hat to remind you that you don’t need to have cancer to live like it.